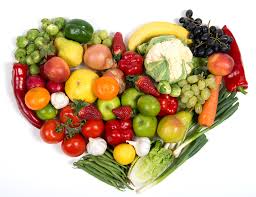 (An article for women only!)

I’ve been wondering quite a lot recently why men and women approach dating so differently, and particularly why so many of the women on our books say there are no decent men ‘out there’ when I know for certain that we have some real gems of men on our books. Perhaps an analogy about vegetables will have.

I’ve talked before about men being like diamonds – in fact we’ve even recommended a book in the past about me called Diamond Geezers– and how when a diamond comes out of the ground it’s not what most of us would be proud to wear on our fingers. No, before we’d do that someone else has cleaned it, polished it and cut it many times to make it sparkle.

And now I’ve thought of another and perhaps better analogy that explains the differences between men and women and why us women sometimes have to work a bit harder to find our man, than our natural instincts would prefer.

Now I’m talking in great generalisations here – and they’ll always be exceptions – but bear with me for the analagy I’m trying to make.

The vegetables that grow above ground (like peas, french beans, runner beans, tomatoes, lettuce, cabbages, courgettes, marrows, aubergines, broccoli for example) can pretty much be picked and eaten straight away. I think women are a bit like that in that they generally make a lot of effort to look good and what you see is what you get. (Ok I know most of us have issues and baggage but let’s not go there!)

Men on the other hand are like vegetables that grow under ground. If you walk over a vegetable patch growing say potatoes, you wouldn’t necessarily know what delicious things there were to eat under your feet.  Now someone comes up and tells you the potatoes are there. You then have to get a spade and dig them up. That can be hard work in itself. Once dug can you eat them straight away? Generally, no you can’t. You have to take the potatoes inside –and spend times preparing them like washing them off. Only then for the first time do you  begin to see the marvel that’s before you.

I use this analogy because I think men generally don’t portray their true wonderful selves at first glance. For example I certainly think men find it harder to write about themselves than us women do. And given many men find us women complex creatures to understand (my husband constantly refers to the other planet I obviously came from) you can’t expect them to advertise themselves brilliantly to attract us when they probably don’t know what it is that attracts us in the first place. (It’s certainly not half naked pictures of them is it!).

It’s a bit like clothing. We meet a man on a date, or we see a couple in a bar obviously dating or perhaps at a party together. How many times do see the woman who’s made lots of effort to look lovely and the man who looks like he’s made almost no effort at all. Should we judge the man badly as a result of the way he looks? No. For one if he were to become our husband the chances are we’d soon get his hands on his wardrobe and help him look a lot better!

Remember the rewards are there for you, but if you walk on past, you’ll be the one missing out.