The power of love and looks 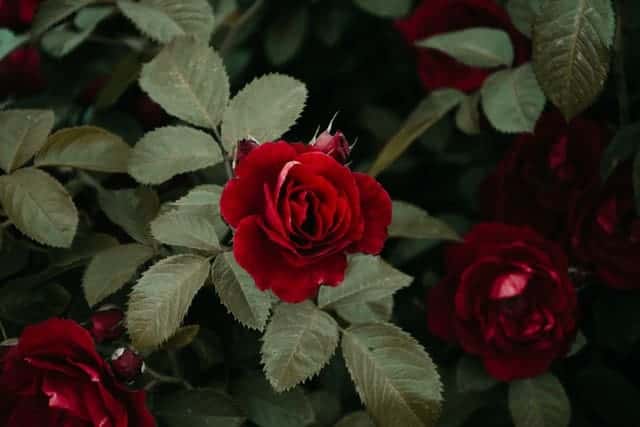 The power of love and looks

My husband and I attended a ‘Care for the Family’ evening recently and Rob Parsons shared a story that a friend had told him. It touched me so much and really made me think how we all need to apply the truth in it to our lives. This is particularly the case when reading people’s profiles – and/or meeting someone for the first time. I hope you are touched by it as much as I was.

John Blandford stood up from the bench, straightened his Army uniform, and studied the crowd of people making their way through Grand Central Station in New York. He was anxiously looking forward to meeting the girl whose heart he knew, but whose face he didn’t – the girl who’d said he’d recognise her by the rose she’d be wearing. His interest in this girl – a Miss Hollis Meynell-had begun thirteen months before when he’d started a pen friend relationship with her.

Soon after they started writing to each other John was shipped overseas for service in World War II so his chance to meet her disappeared. During the eleven months the two grew to know each other through the mail. Each letter was a seed falling on a fertile heart. A romance was budding. Blanchard requested a photograph, but Hollis refused. A few months later he asked her for one again. Again she refused.  Hollis felt that if John really cared about her, it wouldn’t matter what she looked like.

When the day finally came for him to return from Europe, they arranged their first meeting – 7pm at the Grand Central Station, New York. “You’ll recognise me,” she wrote, “by the red rose I’ll be wearing on my lapel.” So at 7pm he was in the station looking for a girl whose heart he loved, but whose face he’d never seen.

This is what happened in John’s words. A young woman was coming toward me, her figure long and slim. Her blonde hair lay back in curls from her delicate ears; her eyes were blue as flowers. Her lips and chin had a gentle firmness, and in her pale green suit she was like springtime come alive. I started toward her, entirely forgetting to notice that she was not wearing a rose. As I moved, a small, provocative smile curved her lips. “Going my way, sailor?” she murmured. Almost uncontrollably, I made one step closer to her, and then just behind her I saw this lady wearing a rose and I knew, with a sinking heart, that she was the one I was due to be meeting.

This lady appeared to be a woman well past 50; she had greying hair tucked under a worn hat. She wore staid uninteresting clothes, was more than plump, and had thick-ankled feet thrust into low-heeled shoes.

The girl in the green suit was walking quickly away. I felt as though I was split in two, so keen was my desire to follow her, and yet so deep was my longing for the woman whose spirit had truly companioned me and upheld my own. And there she stood. Her pale, plump face was gentle and sensible; her grey eyes had a warm and kindly twinkle. I did not hesitate. My fingers gripped the letters she’d written to me.    I thought to myself – this would not be love, but it would be something precious, something perhaps even better than love, a friendship for which I had been and must ever be grateful. I squared my shoulders and saluted and started to introduce myself although while I spoke I felt choked by the bitterness of my disappointment. “I’m Lieutenant John Blanchard, and you must be Miss Meynell. I am so glad you could meet me; may I take you to dinner?” The woman’s face broadened into a tolerant smile. “I don’t know what this is about, son,” she answered, “but the young lady in the green suit that just went by, she begged me to wear this rose on my coat. And she said if you were to ask me out to dinner, I should tell you that she is waiting for you in the big restaurant across the street. She said it was some kind of test!”

It’s not difficult to understand and admire Miss Meynell’s wisdom. She was looking for a man who’d truly love her – knowing one day her looks would fade – she wanted someone whose love would go deeper than the superficial – someone who’d be there always.

As your membership progresses please bear this story in mind. If you read the story of Stephanie and James on our website you’ll read something quite similar to this story which truly goes to show that outward appearances aren’t everything – and if you let your choices be governed entirely this way – you may miss something very special.