TEMPTED TO DATE SOMEONE WHO DOESN’T SHARE YOUR FAITH?

TEMPTED TO DATE SOMEONE WHO DOESN’T SHARE YOUR FAITH? 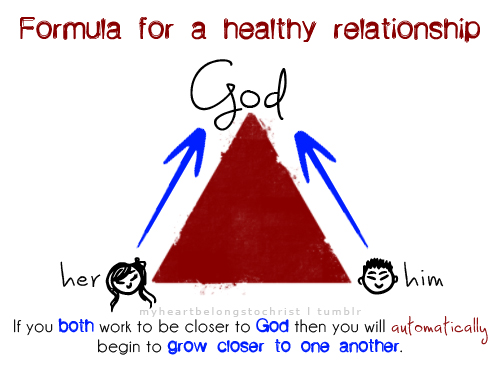 Tempted to date someone who doesnt share your faith

Tempted to date someone who doesnt share your faith article contributed by By Sheila Jacobs.

Despite desiring to find a Christian partner, for many of us it can be really hard to hold out for that special someone that shares our faith especially when Christian Mr or Miss  Right doesn’t seem to be coming along…… and yet plenty of eligible non Christians do. In this article Sheila leads us through what so many of us may think and gives us a really helpful insight on it.

‘Do not be unequally yoked with unbelievers!’ We’ve either heard it, read it, or said it.

This scripture, from 1 Corinthians 6:14, can be thrown at us as soon as we fix our eyes on someone who isn’t a Christian, causing anger, irritation, resignation, or a wry smile, depending on our personalities.

Some, wanting very much to be yoked with a certain unbeliever who has caught their eye and their imagination, might reply, defiantly, ‘That’s just for business purposes. Actually, no one is really sure what that verse means!’ If you point out: ‘Well, the Old Testament also talks about not marrying those who belong to other gods – pagans – but belong to Yahweh, doesn’t it? So God must have a good reason for wanting us to be yoked only with those who are His?’  you may get a dismissive retort and a further conversation about outdated dietary laws etc.!

Seeing eye-to-eyeThe fact is, we will always try to justify what we want to do. But we just can’t get around it. If we are looking for a husband or wife, the Bible is specific: ‘[you are] free to marry anyone [you wish], but [they] must belong to the Lord’ (1 Corinthians 7:39, NIV).

Why is this so important?

We are not talking here about people who have become Christians while married to a non-believer. We are talking about single people who are looking for a life-partner. You would not dream of going into a long-term business with a person who didn’t see eye-to-eye with your outlook on your business practices – would you? The thing is, when it comes to relationships, we can all be swayed by our emotions and desires. ‘The heart wants what the heart wants’, as the saying goes. Trouble is, if the heart wants what God is saying isn’t what He wants for us, we will find ourselves in conflict with our Lord and Saviour, and His perfect will for our lives.

‘But he’s such a nice person! He doesn’t mind me going to church. It’s just… he doesn’t want to know himself.’

If he said he’s happy to marry you but he never wants anything to do with your father/mother/child – the person you love the most – would you still go into that marriage happily, without reservation?

‘But she’s so sweet! We have so much in common.’

‘Yes. We agree about everything. Except…’

Except about the One who bought you and saved you with His own blood.

Of course I’m a Christian!

What if you have already met someone you really like, and they say they are a Christian, but some things are making you doubt? Just because someone says they believe, it doesn’t automatically follow that they are a true disciple of Jesus. I have a tree in my garden. It’s an apple tree. I know it is, because I get Bramleys from it in the autumn. You know a tree by its fruit. We need to be wise, and not let our feelings get the better of us. We should guard our hearts (Proverbs 4:23) before we give them away.

‘All right, all right! I know he doesn’t believe, but I might be able to lead him to the Lord!’

True, some people have become friends with a non-Christian who, through their witness, became a believer and then their marriage partner. But notice they became Christians first! You may feel strongly that this person is ‘Mr or Miss Right’. If so, pray. If God wants you together, leave it to Him. But don’t get emotionally involved until God begins to do the work, because your heart might be deceiving you.

Lucy (not her real name) once dated a man who wasn’t a Christian, and began to lose interest when she found out that they really couldn’t talk about ‘important’ issues – and for her, those issues were about Jesus. The guy, who admitted he had never given God a second thought, said a prayer of ‘commitment’ when he realised he was losing her. But there was no evidence of a changed life, and he only attended church once. Inevitably, they broke up. ‘I see him around now,’ she says, ‘and he isn’t a Christian at all. He only said that to keep me.’ A commitment is far more than a few words.

Remember, God will not contradict Himself. If you are following Jesus, you will have the inner witness of the Holy Spirit to guide you. Is He really likely to lead you into a relationship with someone who doesn’t want to know and follow Him?

The question of idolatry

Being with a non-Christian in a romantic relationship, which should lead to marriage, is also questionable because of the idolatry involved. If the Bible teaches so strongly that we should only marry other believers (and marriage is the only acceptable sexual relationship in God’s eyes), if we are choosing to date a non-Christian, we are, in effect, putting our own ‘wants’ and the other person before Jesus.

Indeed, if our eyes are wholly on our partner, they are off Jesus. We may soon begin to make that person our ‘god’, if we are not careful. If that person does not belong to the Lord, we may begin to make compromises and our walk with Christ will be diminished. And when we come out of the ‘besotted’ stage – as we very likely will – and perhaps focus again on Jesus, our other ‘god’ will find themselves taking second place to something they don’t believe in and might begin to resent. You get the picture? If we are married at that time, the wheels, as they say, may start coming off the bus.

If we look at a healthy Christian relationship as a triangle© with Jesus (not either partner) at the top, he becomes the most important ‘third’. As both partners fix their eyes on him, they grow closer to him and to each other. How can that happen, though, if one of the partners is not a Christian? It follows that the one who gets closer to Christ has a completely different focus.

If you are thinking about dating non-believers, perhaps because you have been disappointed that God has not brought you a Christian partner, although the temptation may be strong, don’t be tempted to walk away from God for a season to get what you want. If the Lord is not building that relationship, you may find yourself ultimately labouring in vain (Psalm 127:1). Work on your relationship with Jesus so that you become the person that God wants you to be. It’s by getting into His will that we will find peace, whatever His plans for us.

It’s often when we lay down our idols that God will then give us what we desire. He doesn’t want anything to come between us and Him. Let’s seek Him first, and let Him sort out everything for our good and His glory. God does not want our relationships to fail. He won’t set us up for a fall. Let’s trust him… and do what He says (John 2:5). The key is getting close to God. (And the closer you get to God, the less you may find you have in common with your non-Christian ‘friend’.)