by ffUserAdmin | May 29, 2016 | Christian Dating, Making the most of membership, Successful membership tips, Tips for dating | 0 comments 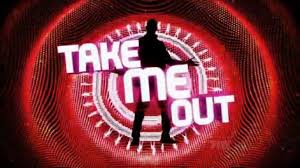 It was some time back now, but I wonder if you saw the programme called ‘Take Me Out’. I’m not a big watcher of TV – in fact I rarely watch it at all, but just happened to catch one episode of this programme. Dating programmes seem to be eternally popular. Most people will remember Cilla Black’s ‘Blind Date’ that ran for a while and was a very successful show. I watched it long before I started Heavenly Partners – and even tried to get on it!

Make no mistake, all these programmes are first and foremost entertainment. In no way are they in the dating business and if you think that’s what they about you are very misled. In fact you may be interested to know that when you turn up to an interview you have to sign a disclaimer saying you realise and completely understand that the programme is for entertainment and in no way any attempt to do matchmaking or help people date!

Obviously it’s because they are good entertainment that they are so popular – though I’m sad to see that many programmes of this nature nowadays seem to be entertainment at someone’s expense.

And that was certainly the case with the episode of ‘Take Me Out’ that I saw as the candidates that had been chosen where there primarily for the entertainment value they’d provide in one way or another. In the programme I watched the entertainment was provided by a man who got totally and thoroughly rejected by all 20 or 21 one of the women that were on his ‘selection panel’.
Let me tell you more in case you didn’t watch the programme.

20 or so attractive girls are lined up behind stands which light up on the press of button – to indicate they find the candidate attractive and would like to find out more about them. Each programme consists of a number of candidates coming down an elaborate staircase or lift and giving a presentation of themselves to all the ladies. Based on this presentation the ladies then press their buzzers to indicate they like the man and would like to hear more. On the answer of each question, more and more girls drop out, and the one that stays in to the end, gets to go on a date with said man in question.

So in comes this youngish reasonable attractive guy. He’s made a real effort with his looks, and has decided that the best way to stand out from the crowd is to dress all in white and act like Elvis. He makes a dramatic entrance, does a little dance and gives his script about who he is and what he does and what he likes in life. He is rather short – but that’s not his fault and his Elvis impression isn’t great. Unfortunately for him, not a single girl leaves their light on and he’s off the programme before he’s even been asked one question – completely humiliated and rejected. Poor chap. Now admittedly the guy did make rather a fool of himself and perhaps choose the wrong clothes and person to impersonate given his height (which ironically was probably why he was chosen for the programme though) but he really wasn’t given a chance.

What completely amazed me (although I recognised the programme was for entertainment) was that all the girls there supposedly wanted a date – and they certainly weren’t all going to leave with one. Yet here was this chap who’d made a real effort, and although he’d made a fool of himself, he wasn’t given half a chance to tell everyone who he was. So there was still a very good chance that, given a bit more time, he might have turned out to be lovely, interesting and fun to be with. He certainly had courage and guts and surely that’s a good start.

There was absolutely no doubt in my mind that all the girls there were hanging out for Mr Perfect – presumably hoping that the next man to come down the stairs would be lovely, gorgeous and just what they were looking for. (Not what the programme producers had in mind though). And in the constant rejecting of each man whilst waiting for the next, (all based on the slimest of evidence to make their choice – as evidenced by Mr Elvis) most of them were going to go home date less.

And strangely I don’t think real life is that much different. People make the effort in one way or another, and then are judged all too soon, way before anyone can really know them, and as a result all too many people remain on their own.
I wish I’d been a fly on the green room wall after the programme. I’d have been so interested to find out what Mr Elvis was like. I bet underneath all the bravado he was really quite nice and would probably make a great catch. And I’d wager a fair amount that the candidates that all the girls went for, and who one eventually ‘got’ probably weren’t half as nice in the end as they’d looked on the surface. It’s often the way!