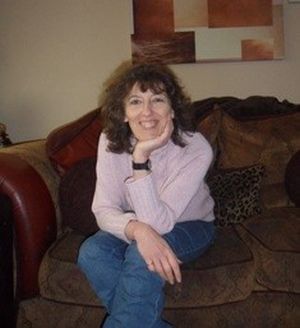 Many of you will be familiar with the articles that Sheila Jacobs has written for Cloud9 over the past couple of years. If you’ve seen our webpage about the very exciting resource we’re currently offering members (The ‘Open to God’ Box set) then you may want to know more about the person behind the whole resource. We asked Sheila to tell us more about her background and how she came to be able to write the resource. Read on  to find out so much more about her and to hear what happens when we truly let God into our lives. He is great indeed.

“My name is Sheila Jacobs. I wasn’t brought up in a practising Christian home. I only went to church about twice as a child, except with the school! Moving around the country because of my dad’s job meant I was always saying goodbye to friends. It also meant we weren’t very close to extended family. So I was pretty much on my own with Mum and Dad. Although I didn’t go to church, I did know about Jesus. This is because we used to go and stay with my granny in the summer, and she was a ‘born again Christian’. So I understood that Jesus had come to save me, and died on the cross for my sins. I’d have called myself a Christian.

When I was a young adult, my parents split up. Around the same time, an ex-boyfriend of mine was found dead, the company I had been working for relocated and I started my own business, which failed miserably after nine months, and my new boyfriend, with whom I had really fallen in love, didn’t want to marry me. Then Granny came to stay. Which was annoying. Why? Well, by this point, in my twenties, she used to challenge me on my faith and the way I was living. I called myself a Christian, but didn’t live like one.

Granny wanted to go to a Christian book shop in Colchester, so I took her. There I found a book called I Dared to Call Him Father by Bilquis Sheikh (Kingsway). I liked the look of the book because it was by a woman who had been divorced, and we’d recently had a divorce in the family.

I was stunned to find that Bilquis knew Jesus as if He was her personal friend. I decided that if that was possible, I wanted it. So I said, ‘Jesus, if You’re real, will you handle my life? Because I can’t handle it anymore.’ No blinding lights or angelic choirs, but I had a peace I hadn’t known before. I knew He was real. After that I realised I needed to find a church. That didn’t really appeal. But I started going to the Elim Church in Braintree, where God’s presence was very, very real.

After I became a Christian I really wanted to ‘work for God’ but I became very ill with what was later diagnosed as Meniere’s disease (where you lose your balance). I couldn’t work, couldn’t go to church, became severely agoraphobic, my boyfriend (who had by then asked me to marry him) and I split up, and I felt lost. I’d studied for a diploma in theology with London Bible College and had so hoped to work for Jesus. But He spoke to me at that time and said, ‘I don’t want you to work for Me. I want to do My work in and through you.’

Someone sent me a book at that time called Sit Walk Stand by Watchman Nee (CLC) and it changed my view of Christian life. I saw that just as you can’t rescue a person who is drowning when they are struggling – you have to wait till they give up, or they’ll drag you under as well – so God was waiting for me to give up, to rest in Him. To let go and trust Him.

I’d always wanted to write and publish a novel. But I’d recently failed a writing course and no one wanted my fiction. But one evening, I gave up my ambition. I saw it as an idol, and that it may not be God’s will anyway. A few weeks later, I saw an ad in a Christian magazine saying that Christian Focus Publications were looking for new authors of children’s books. I had a couple of sample chapters in a drawer, and thought I’d send them. ‘That’s the last time!’ I thought. Amazingly, the publisher asked for the complete manuscript. I set to work, penned Aliens and Strangers, and to my delight, CFP accepted it. I wrote seven books for them, including Rollercoaster Time which won a CBC Gold Award.

Out of the blue

As my health improved, I knew it was time to look for a job. But years of illness and writing Christian novels doesn’t qualify you to do much! Then one Saturday I went to a local church meeting and realised I’d been robbing God of worship for years. So I didn’t ask him for a job anymore, I just praised and worshipped Him. Nine days later, out of the blue I had a phone call from someone I knew in publishing. And from that time to this, I have been a freelance editor and writer.

God then opened a door for me to publish more novels, starting with Watchers (2002/2009), a futuristic action adventure with an underlying Christian message. I found it impossible, though, to get a publisher interested in Watchers 2. Then, I said to God, ‘I’ve prayed for six years for this, but I’ve obviously got it wrong. I give up.’ Two days later, again out of the blue, I had a book deal for Watchers 2: Renegade and the reprinting of Watchers – more than I ever expected. Watchers 3: Countdown followed the next year, and in 2011 I published a children’s story. I went on to co-write non-fiction: Insight into Forgiveness with Ron Kallmier (CWR) and The Power of Powerlessness with Robin Oake (10Publishing). Last year (2015), Darton, Longman & Todd published Someone to Believe In, my first sole-author non-fiction title. And it’s all because of Jesus.

And what is God doing today?

I’m in good health, free from fear. I am still at the Elim Church in Braintree, currently serving as a deacon, and seeking God for the next step. I’ve been involved in evangelism, but more recently, speaking engagements – talking about being a single Christian woman. Would I like to be married? Yes. But Jesus has challenged me that first and foremost I am His disciple, and He says, ‘Follow Me.’

And so it’s about living each day in its fullness, finding His sweet presence in the alone-ness, and living in the ‘now’; not being anxious about tomorrow, or caught up in unforgiveness or past sorrows, but being in the present with the One who is ‘I AM’. It’s about trusting God for the future, whether He wants me to be married or single; I want what God wants for my life. But He’s got to be first.

A few years ago I started to go on regular retreats to the Augustinian priory in Clare, Suffolk, where I learned about Lectio Divina (Divine Reading) which I have found helpful. Really getting into a Gospel passage, as if you were there, makes Jesus so vibrant and real! That’s why I have written the ‘Open to God’ resources – they are really to help you hear from God, to know Him better, and to understand who you are in Him as you receive His free, unmerited favour. Being open to God, seeing yourself as His valuable child changes you, the way you view life, and the way you view (and love) others. I hope you enjoy the resources. Be blessed!