A Match for heavenly purposes

The Story of Ian and Rachel

Rachel had been single for a long time, and was increasingly aware of the stigma of being a female single vicar. She mixed mainly with colleagues and older people who were already married and really couldn’t see how her circumstances were going to change. She’d shared with her clergy support group that she was lonely and found them suggesting she try a dating agency. She hummed and haaed about it and did nothing for a while. Then she realised she couldn’t keep whinging and not do anything about it. So she prayed about it and the very next morning our Heavenly Partners flyers came through her door. She said ‘If you are asking God for guidance on something, there’s only so long you can ignore what happens’.
It was very similar for Ian, another single Vicar. He’d been in a long term relationship that wasn’t going anywhere and had also been praying about his circumstances. Soon after he received a Heavenly Partners flyer.

Ian received Rachel’s profile first and duly wrote to her. She wrote back and soon they were on the phone and shortly after met each other. They hit it off straight away and it didn’t take long for them both to become sure of their feelings for each other. They were engaged in November and married in October last year after an 18 month courtship. Amazingly (but sadly commonly) Rachel told us that she would not have written to him if he had not contacted her first as he’d said he was a smoker and this she didn’t like/want. Neither did she want to be with a fellow vicar! How different things can be once a first meeting has taken place.

Ian said “We are definitely kindred spirits. But I am sure we would have never met if it wasn’t for Heavenly Partners . There is no reason why our paths would have crossed. We are both in a job that means you don’t get to meet people of our own age. So after reading the material about Heavenly Partners we thought we would explore further”

They decided they wanted a family quickly but would let nature take its course. And it did. They had their first baby in February 2006.

Ian said “We hope that through our family we can be a good model for work-life balance. We both believe that the call to marriage and family life is as much a vocation as the call to the priesthood and one will complement the other. We have been richly blessed. Our bishops have been wonderfully supportive and our parishioners are just lovely. I don’t think they have had a baby in the vicarage before and everyone is so looking forward to its arrival.” 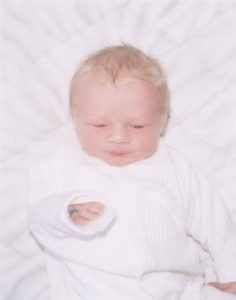 “Thank-you for all of your support and encouragement, you really do come across as friends”

“I have found your service professional, prompt and helpful. Please renew my membership – I have been very encouraged by the contacts and friendship I have made and my membership […]