Love and Marriage at 95 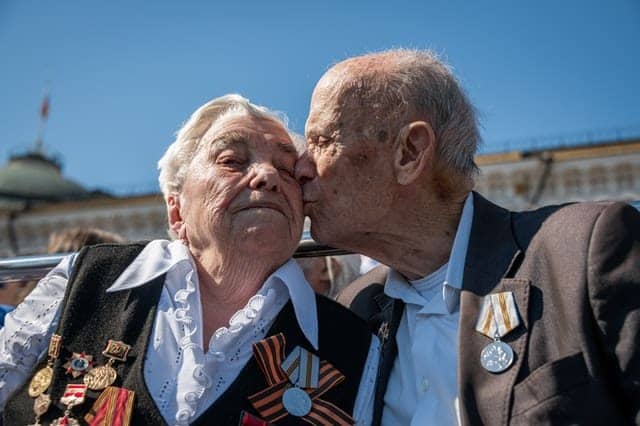 You are never too old to find a soulmate.

Edith Hill & Eddie Harrison are living proof in this heart warming story from Today.com. After meeting 10 years ago queuing for lottery tickets they have exchanged vows at the ages of 96 and 95, respectively. One of the tickets turned out to be a $2,500 winner and the rest is history.

“I wanted somebody I could help, and they could help me. … We were both single. My husband was gone. His wife was gone. We became the best of friends.” – Edith Hill

While this may be the case, Hill’s daughter says there is a little more romance at the heart of their relationship saying: “They’re actually in love. Really in love. … I know he’s part of the reason she gets up every morning.”

An eye opening thought is that if these two Virginians had met in their 20’s, 30’s or 40’s they would not have be allowed to marry due to Virginia’s laws against interracial weddings at the time. But thankfully such things are behind them, and they can share freely in love and marriage.

While the nuptials have not been without controversy between families regarding inheritance arrangements, the couple live together with Hill’s daughter in Annandale, VA. And continue to do the things couples do: take walks together, listen to music, and even have an occasional dance!