by ffUserAdmin | Oct 9, 2014 | Common Issues, Dating Etiquette, Making the most of membership, Tips for dating 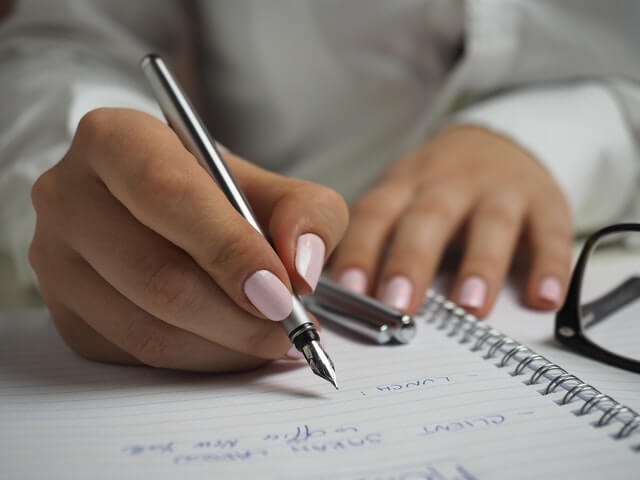 If you’re like most people, you’ll be looking for the quickest way to find your dream soul mate. Not sending spam, you’re too smart for that, but not doing nothing either, because time waits for no man.

The bad news is that there is no silver bullet, there’s no magical potion that’s going to propel your dating to the speed of sound like you’re strapped to a rocket.

The good news is that there is one activity that is directly related to successfully meeting potential partners, and one that is terrifically underutilised, by many single people, most of the time, in most circumstances.

That activity? You ALREADY know what it is. You’ve probably already done it (just not often enough), and you can do it again.

Whisper it quietly, but the truth is that there is usually a strong correlation between the number of dates that a person goes on and the number of contacts that the same person makes.  Letters, phone calls, emails. That’s the secret. Want more dates? Write and send more letters.

Making contact with someone new DOESN’T need to be perfect. Or clever. Or printed all fancy pants. Or anything.  It just needs to be dialled, written or composed, and sent.

Here’s a sure-fire way to DOUBLE your response to your contacts, and it isn’t anything to do with your handwriting.

Can you keep a secret? You can. Good.  I’ll tell you but keep it to yourself. Just make twice as many attempts.

If your pool of potential partners is restricted in some way – perhaps you’re only replying to profiles in your area or you are looking for someone with specific characteristics – then the same rule applies. Just send more letters to more profiles to guarantee a bigger response.

How long should my letter be?

Sometimes you’ll have time to craft a long message, sometimes you’ll be in hurry and you’ll just want to get the email written. If you’ve got a really strong introduction, a single side can be all the length you need. If you’ve got a story to tell, a scene to set, or a more in-depth expression of yourself, then you’ll need to take a little longer.

Long or short, it doesn’t matter in truth. Just get it done. Get it sent to someone.

Sometimes a letter just clicks into place, sometimes you’ll want to start all over again (especially if you’ve rushed it), in which case you’ll be better off sleeping on it, and having another bash the following day. Don’t finish it too quickly, that’s the key.  Perhaps a second pair of eyes will always see things that you miss.  Sometimes it can take a few goes to reach a satisfactory result.

If it doesn’t happen after one letter, try a different approach.  Think about making a firm offer to chat again, or inserting an invitation to meet up next month perhaps, but don’t give up.
There are loads of reasons why people don’t respond the first time,   but good things come to those who plug away at it, so send a second letter to the same person, send a third. Just don’t stop at one.

TAKE TWO
If you make contact twice as often in the next 12 months than you did in the last 12 months then you’ll be dating more. Simple. If you don’t think that you’re any good at writing, calling or emailing, then you’d better get started. Contacting the people whose profiles you receive is the most important action for a Heavenly Partners member – closely followed by responding to the people who contact you – and like most things – the best way to get good at it is to get started.

MY GUARANTEE
The more contacts you make, the more potential new ‘friends’ you’ll make. The letters need to be half decent, checked for spelling, with information about yourself and sounding interested in the recipient; maybe include a copy of your profile and definitely an offer to get in contact again?

I can guarantee that the results you will get from half decent letters that you actually send will be MUCH better than the result from the perfect letter that’s never mailed.
Contacting somebody is simple though, it’s just about knowing what you’ve got to offer, and telling it to someone who might like to meet you. Chances are you’ll already know both these things. So you just need to start writing.  The sooner you get started, the sooner you’ll see some responses rolling in.