Courage and Kindness – lessons from Disney

by ffUserAdmin | Jun 9, 2016 | Christian Dating, Encouragement for women - how to be lovely, Tips for dating | 0 comments 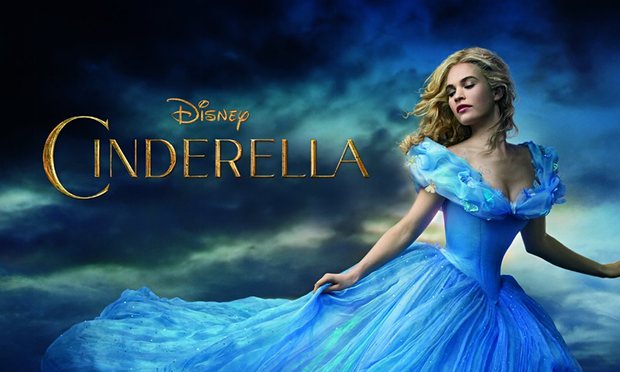 I went to see the latest Disney film recently – Cinderella –  and was quite affected by the message it contained. I’m sure most of you are well aware of the story – the poor little wretched sister made to feel so inferior by the two ugly step sisters and yet how it’s Cinderella who ends up going to the Prince’s Ball and being the one he chooses.

Disney have taken quite a different angle on the Cinderella character and the main theme that comes out of the film (or certainly did for me) was the personal characteristics of Cinderella imparted to her by her mother who sadly dies when the girl is very young. Despite a very privileged and happy childhood, Cinderella is taught to be courageous and kind at all times, and when life gets really tough for her, these traits still remain a fundamental part of who she is. In fact we see them flowing out of Cinderella at pretty much every stage of the film – and of course they stand in very stark contrast to her bitter, nasty, selfish and sad step mother.

When life gets really tough for Cinderella, these traits still remain a fundamental part of who she is

I was really touched by the film and as I said, the powerful message that courage and kindness will always ‘win’ the day, really affected me.  It struck me that these two qualities are ones we should all try to live by, and that they are particularly relevant if you’re single and part of an organisation like Heavenly Partners .

If you haven’t seen the film I’d strongly recommend going to see it or getting the  DVD. If a girl like Cinderella can practise courage and kindness despite all the pretty ghastly situations she finds herself in, then surely we can too. And of course, these are traits that definitely reap rewards – as the Bible tells us clearly in Galatians 6:7.

My husband loves to stay to see all the credits at the end of films – so we stayed right on to the very end as the credits rolled and every single person who’d been involved in the making of the film was acknowledged. Again I was struck by the film – this time by the enormous number of people that it took to produce and make it. I didn’t count – but it was easily in the thousands. There was no way this film could have been made by one person or even a small handful of people. It took a very considerable team of people to make it – all playing their part and contributing to a greater whole.  This made me think of what we achieve in life and how often we think we can do it alone. Now I’m talking primarily about myself here but I think it may be true for others too. For too long I’ve thought I could run Heavenly Partners on my own or with minimal support. But I’ve been fooling myself and I’ve finally seen the light and we’re now seriously growing the team (as you’ll read about in the next few pages).

Is it the same for you in the dating area of your life? Many people think they can do it alone – and sometimes this will be true – but by and large, much greater things are achieved when we gather the help of a team around us. For you this obviously involves getting people like us on board to assist you, but it also probably means sharing your desires with friends and family, and getting other people looking out for you in this area of your life.  It might seem hard to do at first, but the results can be spectacular and often delightfully surprising.

Take a leaf out of Disney’s book