Congratulations to Jacqueline and Emlyn 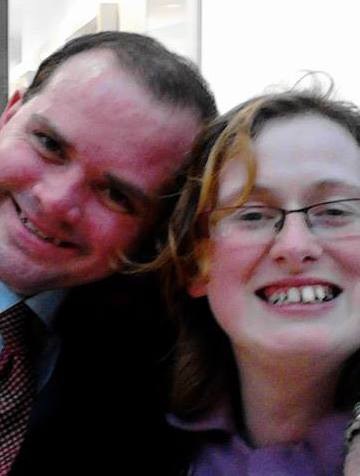 Congratulations to Jacqueline and Emlyn

We were thrilled when Jacqueline and Emlyn asked us if they could write their story for  Cloudnine – and even more thrilled when we twigged that Jacqueline’s mother had also been a member with us and had met her partner through us. They aren’t the first family members to both have joined and found love through us – but it always thrills us when we hear of it.

I was praying for a Christian husband and I was speaking to my Mum about it and she told me about Heavenly Partners introductions in October 2013 but I did not do anything about it.  I was looking at all the wrong websites and didn’t see anybody that I was interested in and most of them weren’t Christian.  I became a member of Friends 1st in May 2014 after my Mum encouraged me after she had a successful relationship through them and I thought I would try it as well.  I joined on the Gold level to a promotional professional photo shoot.

When the profiles came I was interested in Emlyn’s profile straight away as he had the same interests as me and I liked the sound of him also.  I didn’t mind the fact that he had Asperger’s as I had friends with that condition as well.  I sent a letter to Emlyn in the June and we have been contacting via email, messenger and phone ever since.  I met him in Birmingham in November and I have realised that I have fallen in love with him.   I loved Emlyn since the time I contacted him.   I enjoy studying the bible and praying with Emlyn over the phone.   I look forward to see what the future will hold for us.

I was praying for a Christian wife even though I thought my Asperger’s would get in the way of that. I read about Heavenly Partners after my last relationship broke up last year and I thought I’d give them a go. I attempted to get into contact with several members beforehand, not realising that my Asperger’s was making me incredibly nervous, fearful and not at all easy to get to know. Thankfully Jacqueline wrote to me this June and that took the pressure off me completely. I like Jacqueline have been in constant touch with her since then. I recently met my dearest Jacqueline in Birmingham, my Dad’s home city and I, like Jacqueline have fallen in love with her also. I love her greatly and like Jacqueline have loved her since contacting her too. I enjoy doing our joint Bible study times together and I also love to pray with Jacqueline over the phone also. I genuinely look forward to see what the future has lined up for us too.

Editors note: Jacqueline and Emlyn are now engaged to be married in 2016